Pole abroad. Buy here, sell there. What was "commercial tourism" in the People's Republic of Poland?

From the end of the 1960s to the beginning of the 1990s - as centuries ago - caravans of merchants traveled across Europe and Asia. This time they were ... Poles in large and small Fiats, buses and trains. The natives hungry for goods were waiting for them.

Some carafe, old watch, / You have to earn these few marks. / Pension, scholarship, it's impossible to survive. / You can buy here, you sell there, poverty will not take you.

West Berlin, West Berlin, / Every other sidewalk stands here, / There is a Turk lurking around every corner, /
You will sell him anything but his skin.

"Big Cyc" wrote this song in the second half of the 1980s, when crowds of Poles with tinned food, eggs, irons, clothes were occupying the streets and squares of West Berlin or Vienna , dragging the chord of patience of the inhabitants of these cities.

"Commercial tourism" - the Polish phenomenon of the communist era - has not been described, documented or researched, even though it was a very important socio-economic phenomenon. Privately imported products were found in almost every home, easing the shortage economy of the time. The "street" was dressed in Turkish jeans, jackets and sweaters. In the bathrooms there were "BIC" deodorants from Hungary, coffee brought from the GDR was brewed. There is still a long way to go. The first fortunes grew in the tourist trade, and future entrepreneurs gained experience.

Since the phenomenon has not been studied, we do not know when it started, how or where. It probably was like this:in the mid-1960s, the Orbis tourist office began organizing trips to the USSR. The expeditions became more massive at the beginning of the next decade, when "Friendship Trains", organized by the Polish-Soviet Friendship Society (TPPR), which had around 3 million members at the end of the 1970s, entered the Soviet Union. The trips to the east were probably one of the most important reasons for joining the TPPR.

The Soviet clothing industry was one big nightmare at the time. The women there were aware of this, the more so because they had access to Polish press and films - and they were very jealous of Polish women. One or the other, she probably suggested to her Polish friend that she sell her what she is wearing. Such proposals were not uncommon later on. The question was what to do with the extra rubles. It turned out that it is profitable to buy gold, but also Zenith cameras and binoculars. News spread quickly, and the pioneers of trade were followed by crowds, better prepared for commodity exchange. 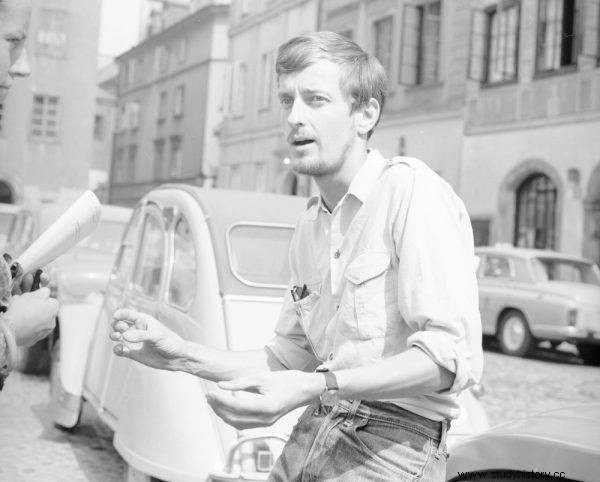 The USSR was one of the most important markets, but Polish "merchant caravans" were known in Czechoslovakia, Hungary, Romania, Bulgaria, Yugoslavia, Greece, Turkey, Thailand and India.

The USSR was one of the most important markets, but Polish "merchant caravans" were known in Czechoslovakia, Hungary, Romania, Bulgaria, Yugoslavia, Greece, Turkey, Thailand and India. There was no need to look for buyers, they came themselves attracted by the Polish language or car registration plates.

Polish export hits were crystals, Nivea creams, irons, portable radio-tape recorders, tourist gas cylinders, tents. These products were selling everywhere because they were very cheap due to the low exchange rate of the Polish zloty in relation to other currencies.

In "Demoludy" - as the countries of the Eastern bloc were called - poor quality products made by privateers were "good":"parmalatka" jackets, sweatshirts, plastic wallets with pictures of stars, sunglasses, fake advertising bags, "jeans-like" products, everything that pretended "West." In Romania, Inka coffee, cigarettes, biseptol (as a contraceptive) were selling like hot cakes in the 1980s.

Commercial tourism was initially purely amateur in nature. A radio tape recorder sold in Greece or Yugoslavia, plus a few extra details, allowed for the reimbursement of holiday costs. The same was true for shorter and closer trips. With time, the trips became more professional. It was still common to sell on a return trip , but more and more often strictly commercial trips were organized as a way to earn some extra money. Lots of people have been in this activity full time.

Real business trips were organized to Turkey. They required a greater financial outlay due to bulk purchases and travel costs. They became more massive when trains and coaches set off for Istanbul from Poland. Turkish merchants were perfectly prepared for business contacts with Poles. They learned our language and their products created fashion on the Vistula River. Only members of the PRL elite could afford to travel to India or Thailand.

In the 1980s, shopping trips became more and more popular. Shops in Poland were empty, almost everything was missing. So people were leaving even for food . The average salary at the time was around $ 20, so it paid off to sell anything overseas and cheaply. Poles working in other countries on contracts also had a significant impact on the improvement of supplies. 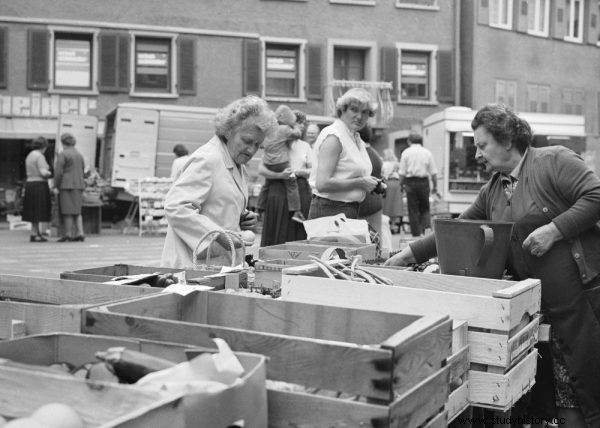 In the 1980s, trade trips became more and more popular. Shops in Poland were empty, almost everything was missing. So people went away even for food.

According to Paweł Sowiński, in the early 1950s, the tourist traffic basically died out. In the Gomułka era, the number of tourists leaving Poland increased from 172,000 to 871,000. In 1979 it was already 10 million, only to increase again after martial law. Not everyone went to admire the monuments.

Poles - compared to citizens of other Eastern bloc countries - had much greater opportunities to travel. They aroused jealousy in nearby countries, combined with a dislike of crooked traders.

A separate issue is the issue of crossing the border with goods. The ingenuity of Poles in this respect deserves a separate book. However, Polish customs services were quite liberal if the tourist was moderate and did not take out the goods that were most lacking in the country.

41. People of Gujarat called Patel poor Nawaz and their messiah

Previous Post
Coffee and the Swedish thing - to prove that coffee is harmful, Gustav III conducted a surprising experiment
Next Post
William James Sidis - a genius involuntarily. The story of the smartest child of the 20th century