- "But you are not a child…. Why do you pretend you don't understand me? " The commissioner of the Russian police inquired impatiently. Olka was stubbornly silent, although she heard the screams of the tortured from behind the walls.

It was one of the worst decisions that Aleksandra Szczerbińska (the future Marshal Piłsudska) made in her life. In 1906, she managed the illegal weapons depots of the Polish Socialist Party. It was responsible for couriers smuggling rifles, pistols and explosives. When one of them did not reach their destination, the armorer decided to look for him personally.

She visited the parents of the courier in their apartment. Suspecting nothing, she almost carelessly walked to the door and knocked. She expected to see a maid. But instead, two Russian policemen opened the door.

The apartment - as Olka herself claimed - looked as if a hurricane had blown through it with all its power. Furniture had been overturned, cushions and upholstery had been cut and torn. Pictures and curtains had been torn off the walls, and knick-knacks and junk, apparently thrown from shelves and drawers, were scattered across the floor. Inside, apart from the gendarmes, there were also the parents of the absent courier:they turned pale and silent.

Olka knew that they were well aware of her son's party activities, but she could not predict what they would go to in a critical situation. If they started raining down for the sake of the baby, she couldn't even blame them. However, they kept their composure until the last moment. 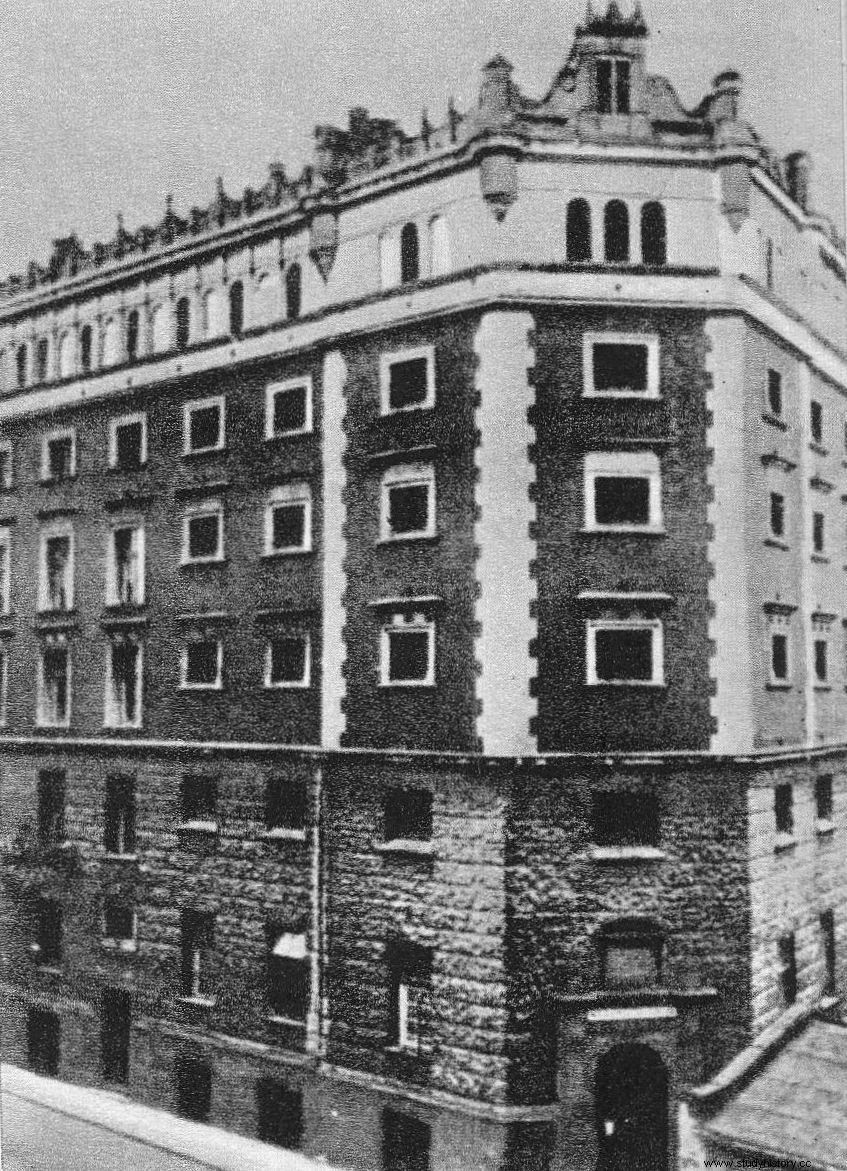 The building of the jail at Daniłowiczowska Street

- "Who is this young lady?" - asked one of the policemen in a tone that could bear no objection. Meanwhile, the courier's mother was constricted. "I've never seen her in my life," she repeated again and again. She neither wanted to confirm that her son knew Olka nor admit that she had ever seen them together. I don't know anything, was her only answer.

I only teach French

The impatient policeman finally turned to the unexpected newcomer. Olka has already figured out the answers to each of the questions she might have expected. She insisted that she was a tutor and that she had heard that the family here might have something for her to do. Therefore, she decided to call and ask if it was true.

The answer wasn't even a complete lie. As party duties took her more and more time, Olka quit her office job and made a living giving French lessons. She could easily prove that she has an education, competences and a group of students. The policemen were not interested in all this, however.

While Miss Szczerbińska was still hoping to lead the gendarmes out of the way, they already knew exactly who they were dealing with. The Bojówka armorer was arrested and taken to the tsarist detention center at Daniłowiczowska Street. She was searched on the spot and then led to a cramped interrogation room. There the police commissioner was waiting for her.

Worst nickname is no nickname?

- "You are Aleksandra Szczerbińska and in the party you are known as" Ola "" - he began, without even trying to hide how much information he has about her.

- “I don't know which party you make me a member. I was called Ola since I was a child, ”the arrestee replied sternly. But deep in her heart she seemed to be reproaching herself for never taking the party nicknames seriously enough. Indeed, she told her companions to call herself "Ola", which did not really help to disguise her identity. Now there was nothing else to do but go into denial and deny all knowledge. About herself, about the party, about politics, or anything else she is asked about. 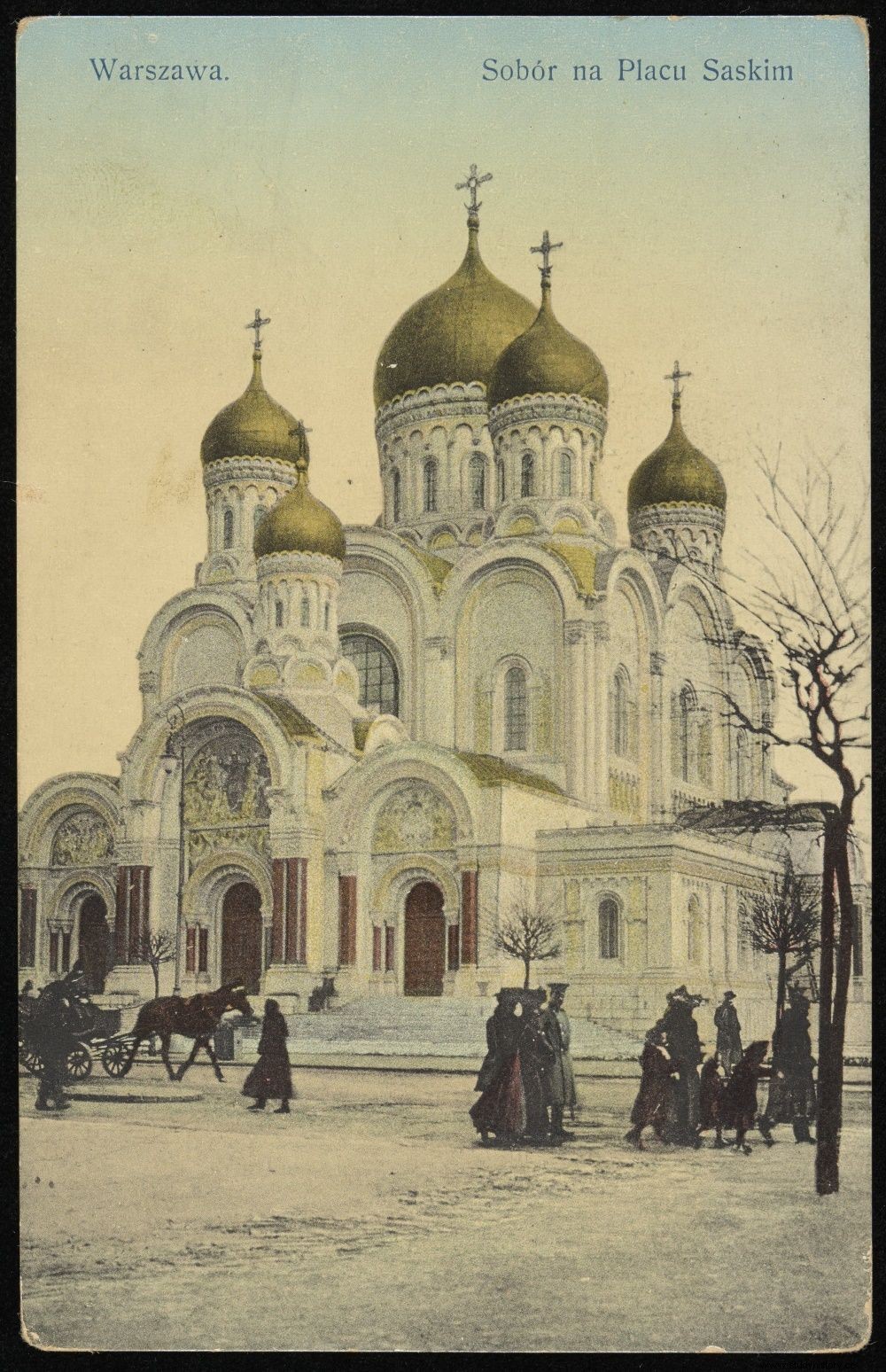 Cathedral in Saski Square. A symbol of the Russian oppression on the Vistula.

- "You are not a child…. Why do you pretend you don't understand me? " The Commissioner finally became angry. - "Please answer the questions, because if not, I will already find the means to force you." Olka, however, was stubbornly silent. Where is the party headquarters? Silence. Who is the leader of the organization? Silence. How long has he known Józef Piłsudski? Nothing but silence and a gaze full of indifference.

"The policeman apparently got bored with the game" - reported Miss Szczerbińska. This does not mean, however, that for the sake of peace, she was released from custody before she had a chance to make herself at home in it.

"I never fell asleep before he came"

Instead of the exit door, she was escorted to a cell. A vast, damp and foul-smelling room in which dozens of emaciated and lousy women were lying in a row on pallets on the dirty floor.

There was one bucket with the stench of urine as a toilet, and hot water covered with a layer of foul fat was considered as provisions. You had to eat from the ground, you could only wash in ice-cold water from one basin. Apart from a handful of political arrestees, the cell held mostly women, whom Olka herself referred to as social scum. Thieves, prostitutes, "criminals of all kinds".

The room was filled with crying and hysterical screams. But the greatest dangers lurked beyond the four sides of this musty, dark burrow. At night, around two o'clock, a guard with a lantern entered the room, summoning this or that detainee for questioning. 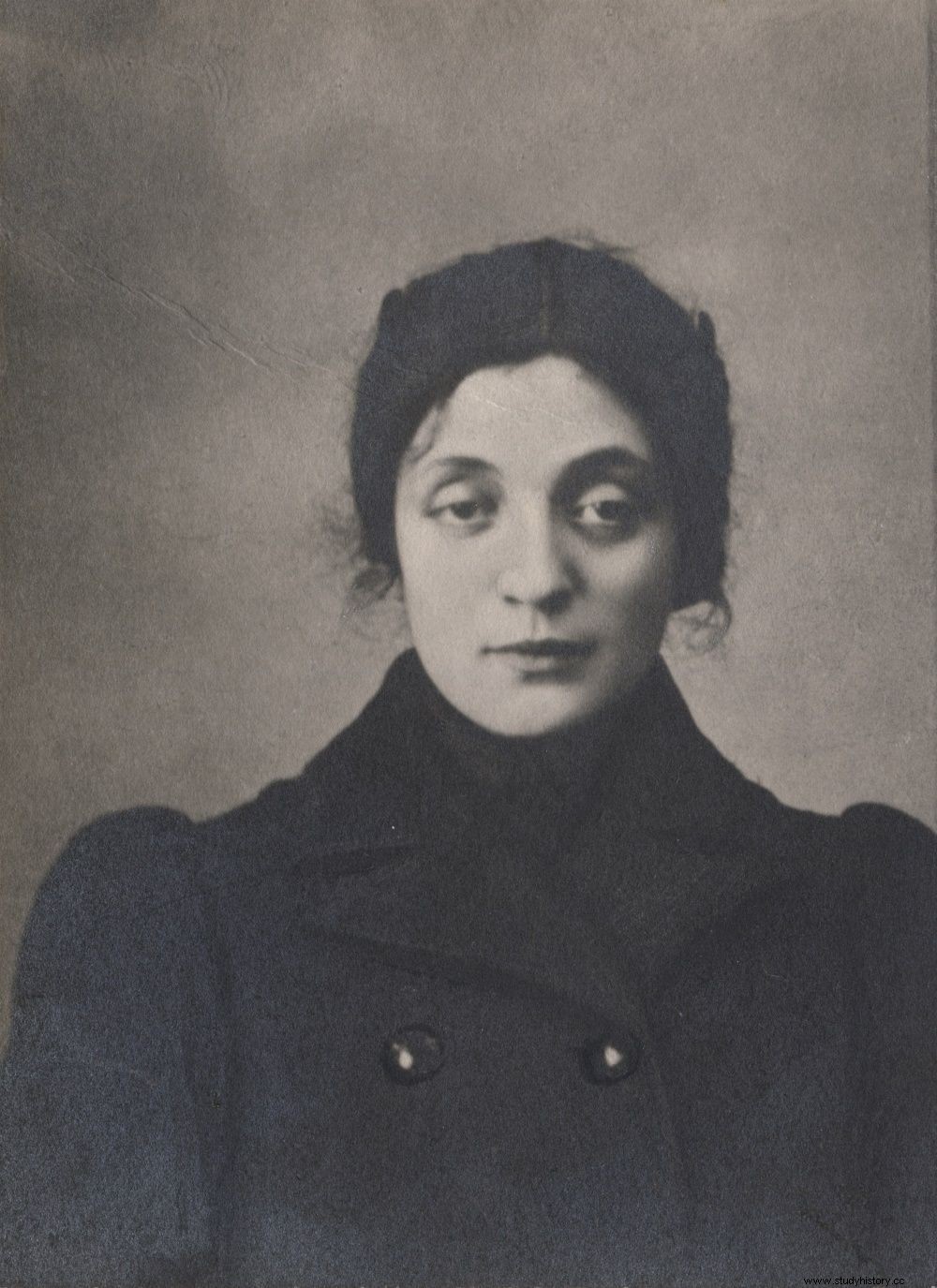 Aleksandra Szczerbińska in the police photo taken after her arrest

"I never fell asleep before his arrival, afraid to stand in front of the policeman, sleepy, completely uncontrollable" - reported the manager of the weapons depot. As a result, she slept briefly and spent her days in semi-conscious lethargy. And in fear, because from behind the wall monstrous screams of the tortured were constantly heard.

Three weeks in a lousy cell and a series of brutal interrogations failed to break Olka. She was consistently silent until it was decided to transfer her to the infamous Pawiak prison. So to a place that turned out to be ... a pleasant and even civilized escape from the hideous dungeon she had been in so far.

"The conditions were incomparably better," she noted. - “We lived in small cells for several people, completely comfortable, with chairs, tables and folding beds. Every day we were allowed to go out for a half-hour walk to the courtyard. They were allowed to have books and other necessities. ”

Against the background of the torture chamber in Daniłowiczowska, it was the real health resort.

The article is based on the diaries of Aleksandra Piłsudska. Latest edition:A. Piłsudska, Memories , LTW, Łomianki 2004.

Previous Post
The second woman who became the king of Poland. What do you need to know about Anna Jagiellonka?
Next Post
It was one of the most closely kept secrets of pre-war Poland. Piłsudski left the Church for a woman and changed his religion